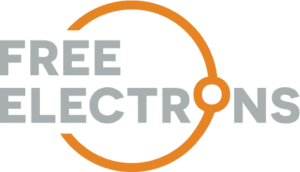 COLUMBUS – Power to Hydrogen, the Columbus-based clean energy startup, has won the 2022 edition of Free Electrons, a global innovation program sponsored by six global utilities. As part of the program, P2H2 been awarded $200,000 from Free Electrons.

Power to Hydrogen (P2H2) is commercializing its patent-protected, low cost electrolyzers to reduce the cost of hydrogen production and its longer-term storage. Their technology is currently being used in the development of a reversible fuel cell for NASA that is intended to be used for energy storage on the moon. P2H2 is also engaged in other projects with the U.S. Dept. of Energy, global energy leader Shell and others.

Free Electrons is made up of six electrical utilities from North America, Europe, Asia, South America and Australia. The utilities include American Electric Power (AEP) based in Columbus, Ohio, EDP based in Portugal, E.ON based in Germany, ESB based in Ireland, Origen Energy based in Australia, and CLP based in Hong Kong.

“To be recognized by utilities from around the globe with a cash prize for the work we’ve done and our company’s ability to collaborate with them and other startups over the past summer demonstrates our growth as a team and the strength of our underlying technology,” said P2H2 CEO and Chief Technologist Paul Matter.

Alex Zorniger, Vice President of Business Development at P2H2 has lead the Free Electrons project at P2H2 and represented the company at both of Free Electron’s conferences this year. The first was held in Chicago and hosted by AEP. The final meeting was held in Sao Paulo, Brazil

“The program is built to be a ‘business development’ opportunity for startups to deploy their technologies and help leading utilities solve their net zero and electricicity grid of the future challenges. The cash prize is a huge honor for our team, and I think the pilot opportunities we are working on with the utilities may be even more exciting down the road,” Zorniger said.

“Also, to get a 3-foot long decorative check like you see in the lottery was a personal highlight. There was no way I was leaving that prop back in Brazil – there were quite a few chuckles from passengers on my flight home as I wrestled with it on the plane.”

P2H2 was the sole cash recipient during this cycle of Free Electrons.

Beyond the moon, P2H2’s technology will be useful helping the utilities store renewable energy for long periods of time, as well as supporting the utilities’ industrial customers decarbonize in the production of fertilizer, steel making, or transportation applications, to name a few.