NASA-Sponsored Work in Development for Use on the Moon 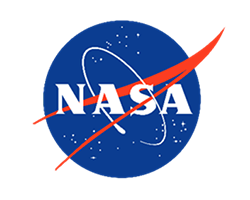 NASA is interested in the technology for lunar energy storage and the generation of rocket propellants from lunar water.

A reversible fuel cell effectively operates as a battery, but can also make useful gases. The technology makes hydrogen and oxygen from water and electricity and can operate in reverse to make electricity from hydrogen and oxygen. The Columbus-based team demonstrated a reversible fuel cell, based on their patented design, that directly produces hydrogen and oxygen at 250 atmospheres. This pressure is typically found in high pressure gas cylinders and is generated in the team’s unique system –electrochemically without mechanical gas compressors — a huge efficiency savings that simplifies the system.

The system can also operate as a fuel cell to generate power at the same pressures.

Project lead, Dr. Paul Matter said, “As far as we know, this is the highest pressure anyone has operated any fuel cell, reversible or traditional, by an order of magnitude.”

High pressure is significant to reduce storage mass and volume and increase efficiency.

“We are projecting energy density exceeding 800 W-h/kg for NASA’s application, about 4 times higher than a battery,” Matter said.

Additionally, the companies recently announced award of a prestigious ARPA-E (Advanced Research Projects Agency for the Department of Energy) project to further reduce the cost and increase the operating pressure of systems for earth-based applications. Beyond the moon, the technology will be useful for renewable energy storage, production of fertilizer, steel making, or transportation applications, to name a few.

“With the passage of the Inflation Reduction Act, we are seeing the oil and gas industry shift full-throttle to green hydrogen for carbon-free fuel. Our technology will enable hydrogen to be produced at a more useful pressure, more efficiently, and at a lower cost,” said Alex Zorniger, Power to Hydrogen VP of Business Development.

The team’s NASA project is managed by parent-company pH Matter and the technology is being commercialized through venture-backed Power to Hydrogen.  For more information contact: Alex Zorniger, VP of Business Development, Power to Hydrogen, alexz@power-h2.com.